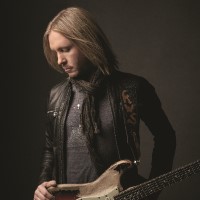 Kenny Wayne Shepherd has built an enviable resume as an accomplished recording artist, a riveting live performer and one of the most talented and distinctive guitarists of his generation.

He's had seven #1 blues albums and a string of #1 mainstream rock singles.