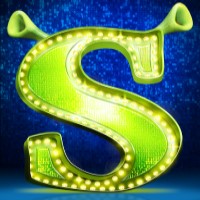 Everyone's favorite ogre is back in the hilarious stage spectacle based on the Oscar-winning, smash hit film!
The Champaign Park District presents a CUTC & J. Barry Howell production of SHREK: THE MUSICAL


Based on the Oscar-winning DreamWorks Animation film, Shrek The Musical is a Tony Award-winning fairy tale adventure, featuring all new songs from Jeanine Tesori (Thoroughly Modern Millie; Caroline, or Change) and a sidesplitting book by David Lindsay-Abaire. Shrek: The Musical brings all the beloved characters you know from the film to life on stage and proves there's more to the story than meets the ears.

"Once upon a time, there was a little ogre named Shrek...." And thus begins the tale of an unlikely hero who finds himself on a life-changing journey alongside a wisecracking Donkey and a feisty princess who resists her rescue. Throw in a short-tempered bad guy, a cookie with an attitude and over a dozen other fairy tale misfits, and you've got the kind of mess that calls for a real hero. Luckily, there's one on hand... and his name is Shrek!

Irreverently fun for the whole family, Shrek: The Musical proves that beauty is truly in the eye of the ogre.


SHREK: THE MUSICAL
Based on the Dreamworks Animation Motion Picture and the book by William Steig

Book and Lyrics by:
DAVID LINDSAY-ABAIRE

All rights administered by Sony/ATV Music Publishing LLC (SESAC), on behalf of Stonebridge Music, and by Foray Music (SESAC).  All rights reserved.  Used by permission.

Shrek The Musical is presented through special arrangement with Music Theatre International (MTI). All authorized performance materials are also supplied by MTI. www.mtishows.com

The videotaping or other video or audio recording of this production is strictly prohibited.