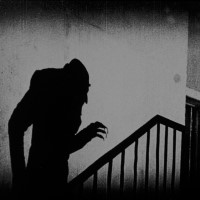 Due to an issue with travel arrangements, organist Steven Ball is unable to perform at the Virginia Theatre for this evening’s News-Gazette Film Series screening of NOSFERATU.

The event has therefore been postponed to Saturday, October 15, at 7pm, with doors opening at 6pm. Tickets purchased for the originally-advertised Friday, October 14 screening will be accepted at the rescheduled date.

Mr. Ball will now be performing Saturday on the Virginia’s restored 1921 Wurlitzer pipe organ, to provide a live soundtrack for this special News-Gazette screening of a digitally remastered, high definition version of NOSFERATU (1922, Silent, 81 Min).

The Virginia Theatre and the Champaign Park District regret any inconvenience caused by this postponement. Patrons who have already purchased tickets to the Friday screening but who are unable to attend Saturday may contact the box office for a full refund at 217/356-9063.

In appreciation for all who attend Saturday’s screening, the Virginia Theatre will be offering each ticket-holder a gift card good for complimentary admission for two to a future News-Gazette Film Series screening.

Program begins at 7pm, with doors open at 6pm.

Please note: There will be no 1pm matinee screening of this picture.

A special presentation of The News-Gazette Film Series.

Dr. Steven Ball studied at the University of Michigan where he went on to both teach and serve as University Carillonneur and became the Director of the famous Stearns Collection of Musical Instruments. His impressive and varied career includes extensive touring throughout the world as a silent film accompanist, theater organist, and concert organist. He has recently been named Director of Sacred Music at the Oratory of St. Francis de Sales in St Louis, Missouri.

The News-Gazette Film Series is your ticket to Hollywood’s golden age!

News-Gazette film critic Richard Leskosky will be back this season following many 7pm News-Gazette screenings for a post-show talk about each film — in the Virginia lobby.